The world's most capable premium SUV has arrived – The New Land Rover Discovery Sport. This incredible new model is made up of a flawless combination of dynamic design and exceptional versatility. It is the first member of Land Rover's new family of Discovery vehicles introducing a whole new generation to the Land Rover brand. It boasts a larger interior cabin with 5+2 seating configurability, stunning design capabilities, the most innovative technologies and incredibly advanced levels of performance.

The New Discovery Sport has been awarded the maximum 5* rating in the Euro NCAP test, thanks in part to the standard Pedestrian Airbag and Autonomous Emergency braking fitted on all cars. This is great news for the target family audience for New Discovery Sport 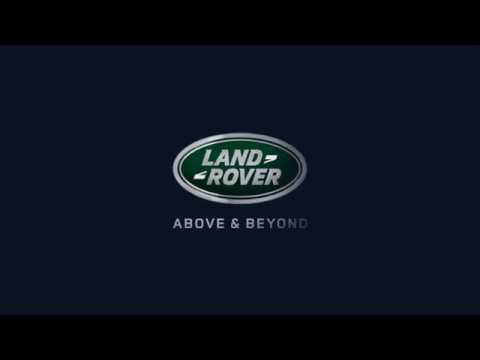 New and highly advanced innovative driver assist technologies have been incorporated into the new Discovery Sport to help deliver the vehicle's outstanding performance. Features include Dynamic Stability Control, Roll Stability and Corner Braking which actively monitor the cars behaviour and help the car to perform at its very best at all times.

Safety is also a main priority with a number safety features incorporated into the new design ensuring first class safety. An emergency braking system connected to a digital camera scans the road ahead to detect any potential collisions and warns the driver before automatically applying the brakes preventing accidents.

A number of parking assisted features are also available which are perfect for driving in the city. Parallel Park, Perpendicular Park and Parking Exit are all available so drivers will never have to worry about parking again.

The new Discovery Sport will be powered with a 2.2 litre SD4 turbo diesel engine with a 9-speed automatic powertrain which delivers strong, effortless performance. Stop/start technology has also been integrated in both manual and automatic variants which help to reduce fuel consumption and C02 emissions. Overall, CO2 emissions have been reduced by more than 10% in comparison to previous Freelander models. More powertrains are set to be released next year.

The modern and striking design of the New Discovery Sport is instantly eye catching with a well-proportioned, sleek body. It is slightly shorter and more compact than its premium SUV competitors, yet with a longer wheel base it has an intimidating and compelling stance and does not lack road presence. It has been designed to be lighter and therefore more aerodynamic with greater off road capabilities yet still clearly displays genetic links which make it identifiable to the previous Discovery model.The face of the Discovery Sport has a powerful rounded shape while its beautifully sculpted surfaces such as the clam shell bonnet and rising waistline create a sleek and distinctive figure.

The New Discovery Sport has been designed for every challenge. Its versatility is second to none with a loadspace of up to 1698 litres and with flexible seating options seats can be folded down to provide a load floor space as long as a Range Rover. The sliding second row seats have an impressive 160mm of movement providing more leg room or greater space in the back and have been designed like stadium seating which gives passengers enhanced visibility while the 5+2 third row option means more passengers can enjoy the ride in the back.

The New Discovery DNA is not only impressive on the outside but is flawlessly carried through to the luxurious interior. Clean surfaces, superb finishes and the highest quality materials make up this highly versatile interior. A fantastic amount of storage solutions are integrated into the cabin and up to four 12V power points and six USB charging sockets are available in all three seating rows allowing multiple electronic devices to be charged simultaneously.

A centre console which sits at the core of the uncluttered and stylish dashboard features an eight-inch touchscreen which houses the latest interactive technology. Voice activated satellite navigation and Bluetooth connectivity means that drivers are always connected on the go and the system has the ability for two phones to be connected at the same time allowing one to be used for phone calls and the other for audio streaming which can be played even when a phone call is being made.

The In Control Apps allow approved mobile apps to be used via the touch screen while the impressive system also provides Wi-Fi and has the ability for eight devices to be connected at the one time. An In Control remote also allows drivers to control certain basic functions from out with the car using their mobile and provides basic information such as fuel levels, engine data and current GPS location.

Free vehicle valuation Thinking of selling your vehicle? Get a free no-obligation market valuation of your vehicle from the team at Park's Land Rover. Get Free Valuation
Back
Vehicle Valuation
Compare Saved Vehicles
Top
Close
Your Cookie Settings
Select your cookie settings
Strictly Necessary Strictly Necessary cookies are essential to let you move around the website and use its features, such as accessing secure areas, shopping baskets and online billing. These cookies allow our website to provide services at your request.
Functional Functionality cookies are used to remember the choices you make, e.g. your user name, log in details and language preferences. They also remember any customisations you make to the website to give you enhanced, more personal features.
Targeting Targeting cookies collect information about your browsing habits to deliver adverts which are more relevant to you and your interests. They also measure the effectiveness of advertising campaigns.
Save Settings
Cancel Changes