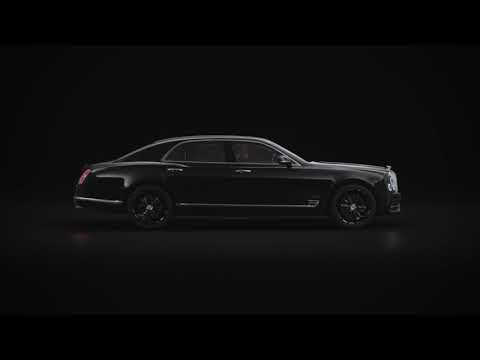 As Bentley enters its 100th year, the Mulliner division is marking the occasion in a way of which W.O. Bentley would most surely have approved: by creating an extremely rare and exquisitely crafted car. The Mulsanne W.O. Edition by Mulliner pays tribute to Bentley’s founder, and even contains part of his very own car. With a production run limited to just 100 cars, it provides an opportunity to own a priceless piece of Bentley’s story.

The man who started it all

W.O. Bentley’s goal was “to build a fast car, a good car, the best in its class”, an aim that has defined Bentley’s vision ever since. After an apprenticeship with Great Northern Railway and the pursuit of a passion for motorcycle racing, he went on to design engines for fighter planes during the First World War. Once peace returned, he used all the engineering expertise he had gained to set up Bentley Motors. Over the following decade, he realised his goal many times over, creating cars that broke numerous speed records and were renowned for being of the highest quality.

The Mulsanne W.O. Edition by Mulliner is inspired by W.O. Bentley’s own car, the Bentley 8 Litre. Launched in 1930, it was W.O. Bentley’s final creation – and it is widely considered to be his finest. His largest and most luxurious ‘town carriage’, it was guaranteed to be capable of at least 100 mph, whatever kind of body the customer chose. The Autocar declared: “The complete car has truly that mysterious quality which makes one forget it is a machine at all.”

The Mulsanne W.O. Edition by Mulliner isn’t just inspired by W.O. Bentley’s own 8 Litre – it even contains a part of it. 20 years ago, the crankshaft of W.O.’s car reached the end of its natural life and had to be replaced. The Mulliner engineers were amazed to discover that it used incredibly similar materials, engineering and production processes to the Bentley crankshafts made today. To commemorate Bentley’s Centenary, this defining piece of the company’s engineering heritage was carefully cut into 100 sections for display in the new Mulliner cars. Each finished piece is proudly displayed between the two rear seats, visible through a window in the veneered tray of the bespoke drinks cabinet. With no two sections the same, every car is truly unique.

To give this invaluable section of crankshaft the spectacular setting it deserves, the veneered surface around it contains an exquisite piece of marquetry showing a finely detailed view of W.O. Bentley’s 8 Litre. Designed by Mulliner in the Art Deco style popular in 1930, it takes five full days to create. In total, 419 individual pieces of veneer are arranged by hand, including Tay, Birch, Eucalyptus and Dark Stain Burr Walnut veneers to enhance contrast and depth, with further shading effects achieved by burning the edges with hot sand. Aluminium is used to add gleaming highlights, a distinctly modern touch, while diamond-like borders infuse the Art Deco design with a contemporary edge.

W.O. built his car at a pivotal moment in history. He and his fellow racing drivers were part of a generation whose youth had been overshadowed by the First World War. In the 1920s and 1930s, the Bentley Boys and Girls, as his drivers came to be called, made up for lost time. They lived exuberant, hedonistic lives of the sort famously depicted in F. Scott Fitzgerald’s The Great Gatsby. Cars and motor racing were fundamental to this thrill-seeking lifestyle – and Bentley flourished as a result.

The Mulsanne W.O. Edition by Mulliner is infused with the spirit of this exhilarating era, with elements such as a metallic bonnet strip, heritage hides and a carefully curated selection of deep, rich colours. But it also delivers all the advantages of the 21st century Mulsanne, providing phenomenal power alongside the very last word in comfort. It’s a combination of which the Bentley Boys and Girls would most definitely have approved.

A WORLD OF CRAFTSMANSHIP

Mulliner is one of the oldest coachbuilding companies in the world. Originally, the Mulliner family were saddlers. Later, they began making carriages for horse-drawn vehicles, before moving into the exciting new world of automobiles towards the end of the 19th century. Their reputation for exceptional craftsmanship made them the perfect partner for Bentley, and they created many bespoke Bentley bodies. They included W.O.’s own car, a lightweight four-door four-seater with a semi-panelled body, finished in black with cloth upholstery.

Today, Mulliner is officially part of Bentley, creating bespoke commissions where the only limit is your imagination. And the 8 Litre they built for W.O. Bentley takes pride of place at the factory in Crewe.