Save Settings
Accept All 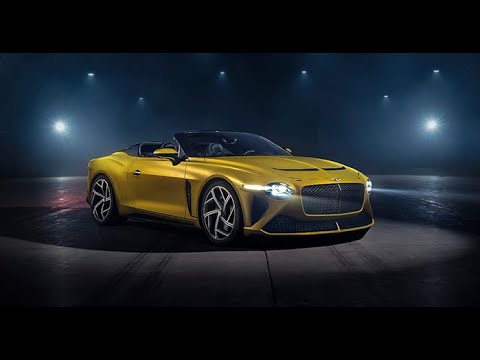 The Bacalar, an open-air; luxurious; two-seat grand tourer, will be the rarest two-door Bentley of the modern era with only 12 examples to be produced. Offering exclusive and supreme luxury, each Bacalar model will be handcrafted in the Bentley Mulliner workshop in Crewe.

The 12 Bacalar cars will feature never before seen paint options, exterior treatments and interior finishes; each to be a unique collaboration between the customer and the Bentley Mulliner team. In Bentley’s strive to use ethically-sourced materials and to produce sustainable craftsmanship, Bentley Mulliner has given great thought and planning to every facet of the crafting process. By collaborating with carefully selected companies, Bentley Mulliner embraced the expertise and knowledge of various industry experts to create luxurious yet ethical craftsmanship.

Who is Bentley Mulliner?

Considered the oldest coachbuilders in the world, Mulliner begin coachbuilding in 1870, however their roots can be traced back as far as the 1500s. In the 19th Century, Mulliner moved away from horse drawn coaches to begin created mechanical vehicles and in 1923, Mulliner would collaborate with Bentley for the first time to create a 3L two-seat car.

In 1950s, Mulliner created two of their most iconic chassis’ and both were for Bentley. In 1952, the iconic R-Type Continental was launched. The fastest four seater of the era, the design DNA of the R-Type Continental can still be found in the Bentley Continental range today. In ’57, they created a four-seat coach for a Continental chassis, the result was the Flying Spur – a masterpiece of its time.

In 1959, Mulliner officially became a part of Bentley Motors and the rest, as they say, is history.

To learn more about the Bentley Bacalar or Bentley Mulliner, contact Bentley Glasgow 01698 303850.