BMW have uncovered the new 4 Series Gran Coupé which has been named "the first four-door coupe in the premium midsize class". 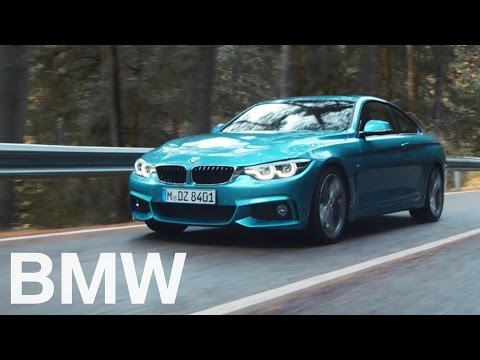 The cars lower ride height and retuned suspension produce a sportier silhouette while there is the option for the Gran Coupé to come with adaptive M suspension and variable sport steering to accentuate the cars dynamic driving characteristics. Where the 4 Series Gran Coupé stands out however is with its standard-fit automatic tailgate, which can be released normally or by waving your foot under the car's rear bumper to reveal 480 litres of boot space.

BMW describe the all-new 4 Series Gran Coupé as having "the sleek look of a two-door coupe with the functionality provided by four doors".

The range will consist of five engine choices including 3 petrol – the entry-level 181bhp 420i, the 242bhp 428i and the top of the range turbocharged six-cylinder 435i, delivering 302bhp.

The 2 diesel options include the most economical of the engines the 141bhp 418d which returns 62.8mpg, emitting 119g/km of CO2 and the 181bhp 420d. All engines feature a six-speed manual as standard however the eight-speed automatic gearbox is available on models.

Models within the 4 Series Gran Coupé range send power to the rear wheels as standard and are rear-wheel drive with the exception of the 420d which has the option of the four-wheel drive upgrade known as xDrive.